Back to the WRF-SFIRE user guide.
This page is under construction. More contents should be coming soon. 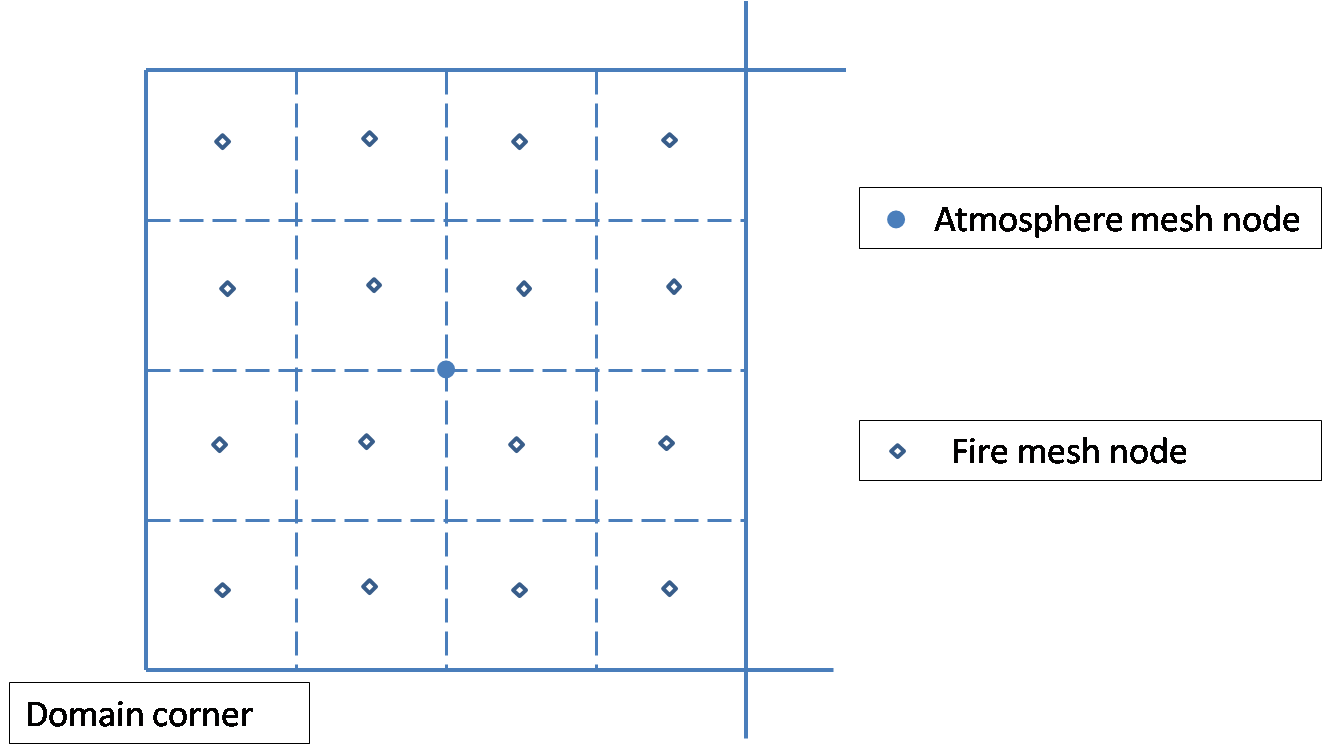 The fire mesh is 2D. Every atmosphere cell is divided into sr_x by sr_y fire cells. The submesh ratios sr_x and sr_y are specified in the file namelist.input. These values are not stored in the NetCDF files, but can be computed from the dimension sizes.

For historical reasons, the fire grid dimensions in the output files are larger than what is actually used by the code internally. The extra space is at the end of the variables of size sr_x in x and sr_y in y. The following is an example of python code for correctly reading FGRNHFX from the file wrfout.

The authoritative information can be always found in the Registry.

1. Reaction : The heat release rate per unit area of the front.

2. Byram : The heat produced per unit length of the fireline in unit time (J/m/s) in the so-called flaming zone behind the fireline.

3. Fireline, new : The amount of heat generated by the advancing fireline from the newly burning fuel only, in the unit of time.

Definitions and implementations of fire intensities include variables :